Shopping for My Boi: A Femme Perspective

With Father’s Day approaching this weekend, I thought that I would share a little bit of our family with you, our Dapper Boi family. As we shared in a previous blog post, Vicky and I have twin 4-year-old twin girls, Reese and Tory. 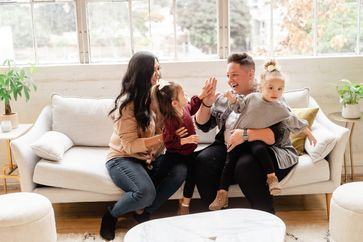 As many same sex couples know, the fertility journey can be a tough one. I found out while trying to conceive, that I had something called PCOS (Polycystic Ovarian Syndrome), which is a hormonal disorder that causes enlarged ovaries with small cysts. After many rounds of reproductive medicine, a surgery to remove the cysts, and a couple of failed IUI attempts, we finally decided to try IVF, In Vitro Fertilization, transferring in 2 embryos in hopes that we would have better chances of success.  Well then we were ecstatic when we found out that we were pregnant with twins! 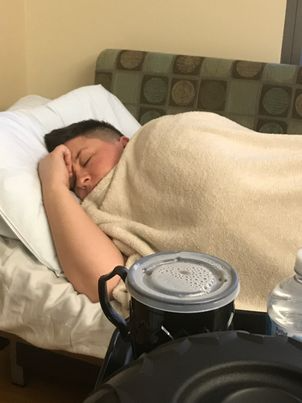 Little did we know how difficult the pregnancy itself would be too. I suffered from extreme morning sickness that lasted until 21 weeks and then was placed on a strict at-home bed rest at 22 weeks. Then at 24 weeks, we went in for a routine visit with a Perinatologist (high risk OBGYN) and was informed that I would need 24 hour medical supervision due to my cervix opening and to try to avoid extreme premature labor. I ended up being hospitalized for five and a half weeks. 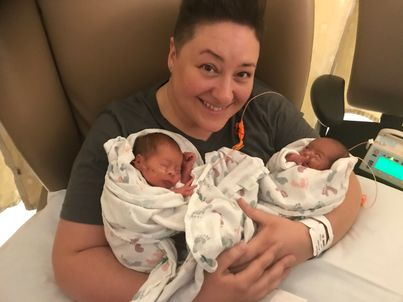 As tough as that sounds, Vicky was by my side every single day and slept on that dreadful hospital couch every single night. She brought her laptop, worked on Dapper Boi, and would keep me company with board games, face masks, and Netflix movies by a projector she set up in the hospital room.  At 29.5 weeks, I had an emergency C-section, meaning the girls were born 2.5 months early. Being premature, they spent 5 weeks in the NICU. When we finally got to bring them home, we had no idea how hard it would be to care for premature babies and manage a business, but Vicky did it with 100% dedication to both. 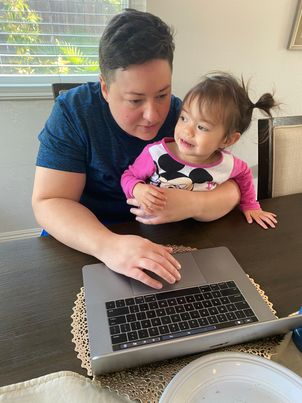 Throughout the last 4 years, it has been a challenge managing the business and raising toddlers, but it also has been so much fun.  In the month of June we also celebrate Pride and thought that I should mention some of the differences that we have experienced, not being a “traditional” family. Sure we have had our fair share of really annoying situations being discriminated against, but we have also had the really cool opportunity to strive everyday to be good role models for our girls. We have started having conversations early with them that sometimes families look different and choosing to read books to them about diversity and antiracism, along with the occasional Peppa Pig book here and there.

We love exposing them to the business and have raised them from a young age in our office setting. We want them to know that female entrepreneurs are badasses! Early on we decided that we each would get a day to celebrate one another as a parent, so in our household, we have renamed this weekend as “Mama’s Day”. Being that we are both Leos, we knew that we each wanted a day to shine in the spotlight! More importantly, it is a day where we get to recognize and appreciate all of the hard work that she puts in for our family. I really just wanted to share with everyone a little bit about our family. Even though so many families will be celebrating Father’s Day this weekend, we know that no matter what your family looks like, it is about celebrating those that love and support you. 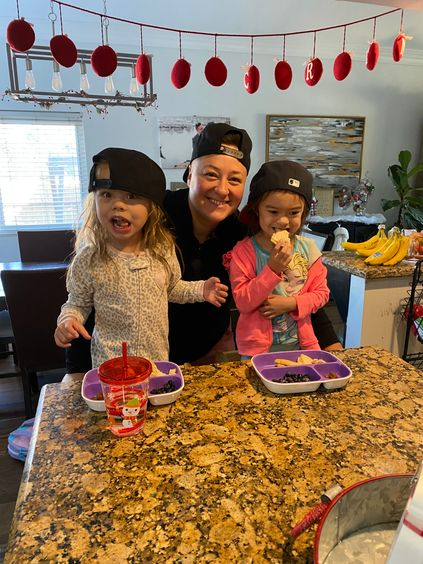 Thank you to all the moms, dads, grandmas, grandpas, guardians, and family out there that do what you do.