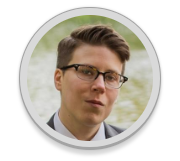 Does it ever feel like summer is working against your swag?

Maybe you look forward to summer all year, but when it gets here it’s all sweat, sunburns, and losing your sunglasses.

We’ve got some rapid fire tips to keep you dapper all summer long, whether you’re breathing in that salty sea air or the scent of a campfire.

When things heat up, ditch the denim for chinos. 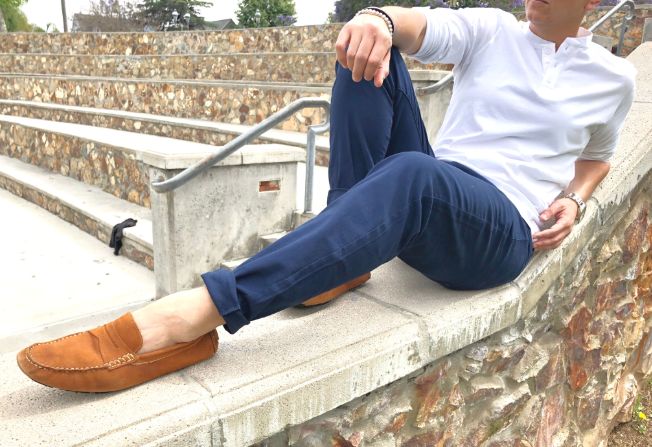 Let your denim rest until fall.

Lighter, more breathable fabrics are your best friend in the summertime.

While you’re at it, ditch the socks too!

Oh look, we have an article just for that!

When in doubt, rock those aviators. 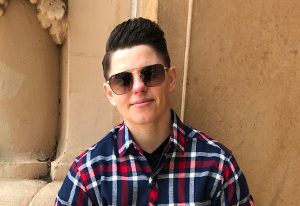 People will tell you to check your face shape to see what type of sunglasses are “right” for you, but honestly, do you know anyone who doesn’t look handsome in aviators? 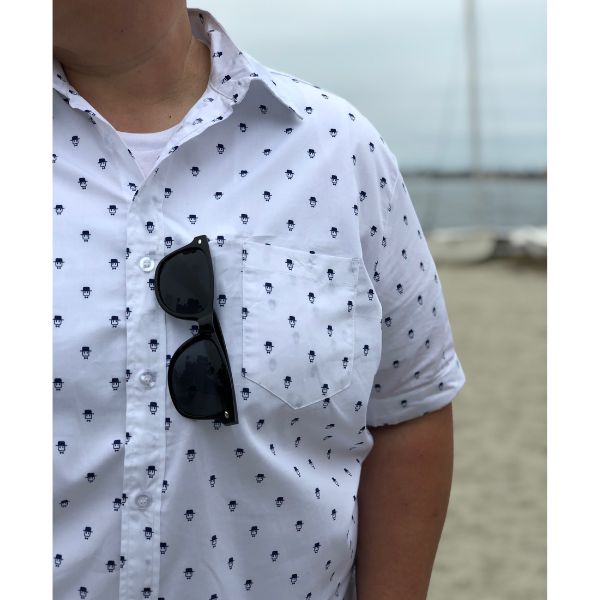 Everyone does it, but you’re not everyone, are you?

Want to stand out in a good way? Go for more structured options like short sleeve button-ups with fun patterns.

Don’t forget to wear an undershirt with them to wick away moisture and prevent pit stains. If you’re worried about staying cool with an extra layer, go with a sleeveless undershirt.

Don’t get caught without the most functional accessory you can possibly own.

Works to take care of sweat, for flagging, and makes moments of spontaneous summer chivalry all the more possible. 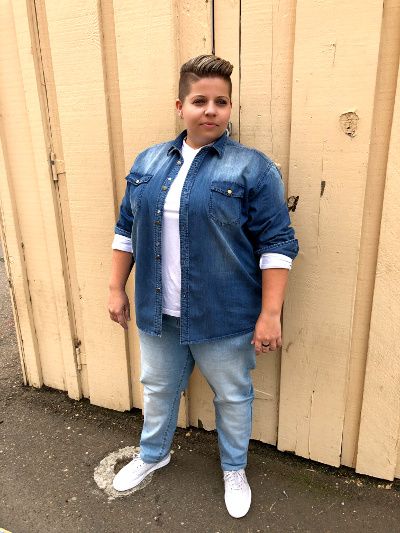 Taking along a layer or two can make your summer looks way more versatile and transition better from day to night.

You may be comfortable all day in shorts and a t-shirt, but when the sun goes down and temperature drop, you'll want a lightweight cotton bomber to keep you cozy.

And don't overlook your long-sleeve button-ups as layers in the summer (especially denim). On a hot night, they can be the perfect substitute for a jacket.

Carry a bag, even if you usually don’t.

In the colder months, we have handy jacket pockets. In summer, you might find it way easier to just carry a bag. You can stow that extra layer, your sunscreen, a water bottle, and presto! You’re ready for anything.

If your significant other carries a bag on the regular and you’ve been stashing things in there when ya’ll are on the go (we’ve all done it), it’s time to get your own.

Backpacks are also a convenient choice for on the go, but just be aware of the fact that sometimes backpacks can make you look younger than you really are.

If you wear a shirt to the pool, don’t skip the sunblock. 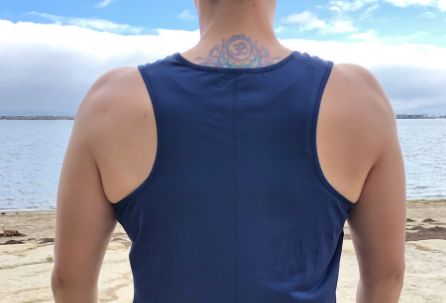 The tightness or looseness of the weave (either because of how it’s made or how old the shirt is) also is a factor. A stretched, worn out t-shirt provides less protection than a new one, and a tightly woven denim shirt would provide 100% protection.

In short, don’t assume that the areas of your body covered by a t-shirt are protected from sun damage. Skip the sunscreen at your own risk.

And to avoid taking that soggy slow-drying t-shirt into the pool in the first place, you can always grab one of our swim tanks specifically designed for the water.

Don’t skip the accessories just because it’s hot outside.

A watch and a belt can really elevate your summer look and make you look more put-together, especially when you’re wearing shorts.

If leather feels too heavy for the occasion, that’s no problem! Summer is a great time to break out woven materials and those jaunty whale patterns (for the prep in all of us).

Get yourself a signature hat. 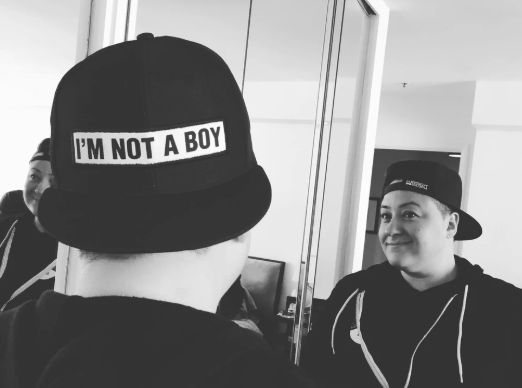 The great thing about hats is that they pull double duty in terms of style and function. Plus you don’t need a huge collection, you can get by even with just one trusty hat.

It’s the kind of thing you want to have broken in before you need to take it outdoors and get sweaty in it. Some hats that fit perfectly fine when you’re not being active can end up feeling too tight once you’ve worn them on a hike.

If you’re not already a hat person with a huge collection, try a few out until you find one that fits with your personality.

Bonus points in dapperness and practicality if you can rock something with a nice wide brim that will protect you from the sun’s rays.

items in your cart